The Origin and Development of Medals

In order to promote cultural integration, sports are often held, when medals appear and play the role of remembrance and recollection. Do you know the origin and history of medals?

Now let's get to know it!

First attested in English in 1578, the word medalis derived from the Middle French médaille, itself from Italian medaglia, and ultimately from the post-classical Latin medalia, meaning a coin worth half a denarius. And then, it developed into what we call the medal. 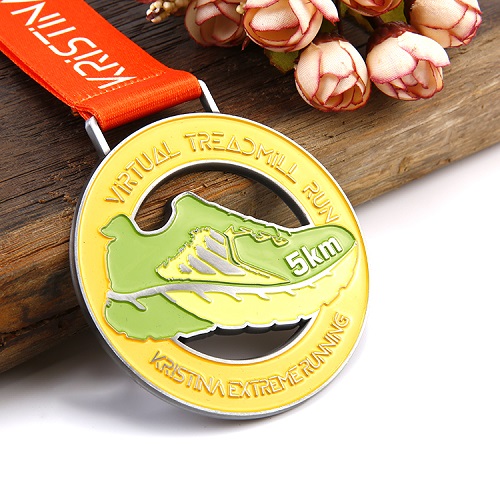 The champion was a silver medal, the runner-up was a bronze medal, and the third place was not awarded.

On the obverse, the first Olympic medal features the head of Zeus, the god of Greek mythology. Zeus holds the earth in his hand, on which stands the Greek goddess of victory, Olympia in Greek.

2) The second session of Olympic Games in Paris in 1900

MEDALS and restore the circular shape, has been used up to now.

The 28th Athens Olympic Games in 2004, the Olympic MEDALS positive pattern is the first time since 1928 to modify, to reflect the origin and characteristic of Renaissance to Greece. On this new classic medal goddess victory to sit to stand, and plug in the wings The medal is composed of three parts: the flame, ancient Greece and Athens Olympic Games emblem.

The design of the MEDALS at the Athens games has been well received, and the positive design has become the uniform design of the ioc.

The obverse as watercolor prescribed by the international Olympic committee (ioc) pattern, the Greek goddess of victory wings stand and Greece, panna cinnamon arena. On the reverse inlaid with jade from China's Ancient jade dragon pattern, the back is engraved on the metal graphic Beijing Olympic Games emblem. Medal hook by traditional Chinese jade ssangyong PuWenHuang descended. The MEDALS the elegant, full-bodied, with Chinese characteristics of the embodiment of praise, and image interpretation of The Chinese nation since ancient times to the values of "jade" than "DE", is the Chinese civilization and the Olympic spirit in the north The Beijing Olympic Games image landscape project is another "combination of Chinese and western". 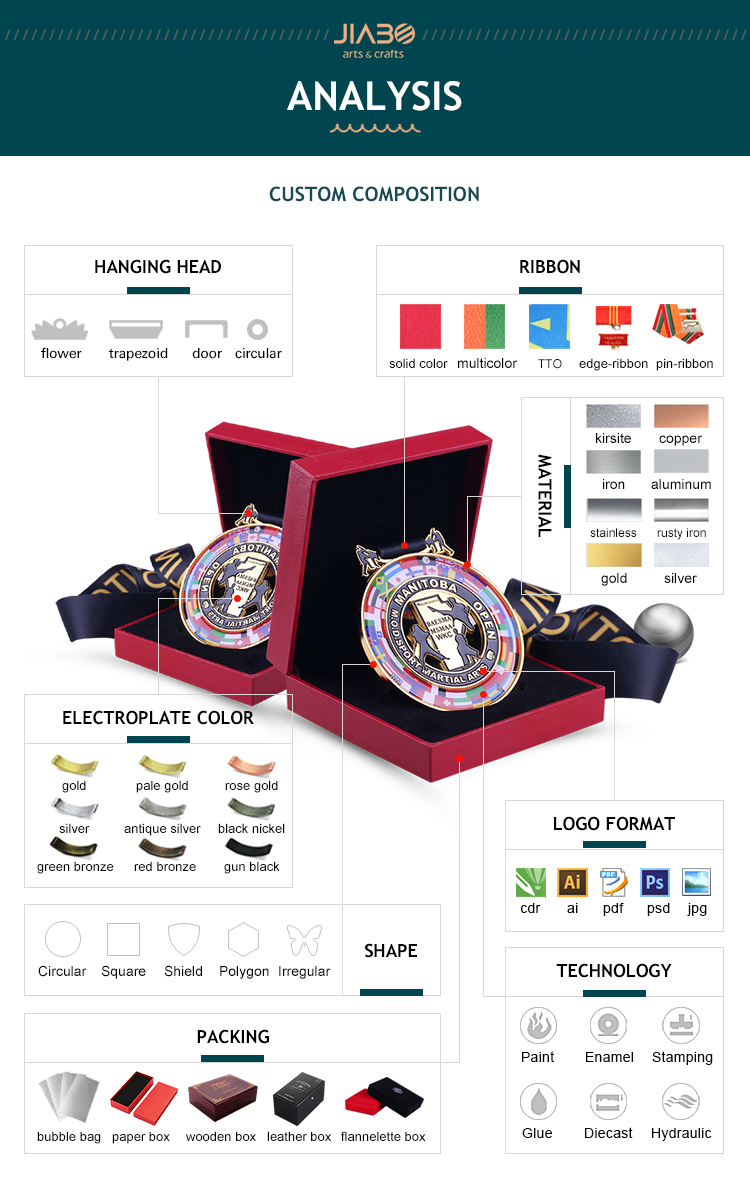 Wenzhou Jiabo Crafts Co.,Ltd is a professional Medals & Medallions manufacturer, tell us what you want, and we'll customize the medal according to your needs.

Medal History of Olympic MEDALS Olympic Games in Paris in 1900